Argentina is more than just Buenos Aires and its elegance that is revealed in its streets, its people, its shows, its lights, its nights, and its tango. The country has much to offer.  It is Patagonia and glaciers. The southernmost spot in the world with its wonders. And, it is Ushuaia, Calafate, Bariloche, the Valdes Peninsula, or the Perito Moreno Glacier. A paradise of snow, glaciers, rivers, mountains, and lakes.

It is the wine route in the Mendoza Region, framed by snow capped mountains and filled with a seemingly endless number of vineyards. It is tropical, and a Wonder of the World: Iguazu Falls. It is a country of immigrants, historic revolutions, good food and drink, and, of course, afternoons of soccer.

The land of the Gauchos awaits you. 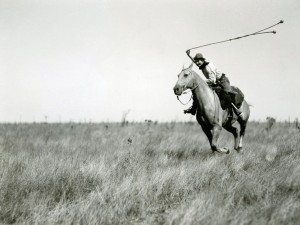 Buenos Aires , One of the most attractive and elegant cities in South America, filled with culture and places that will charm you with their magic. Walking down its streets, seeing its landmarks, and enjoying its shows will situate you smack dab in its past and present. Take a tour of the May Square, Rosada House, the exclusive neighborhoods of La Recoleta and Palermo, as well as its more popular side in the Boca district and its picturesque street known as the “Caminito”. If it’s a bit of culture you’re looking for, you can certainly find it, and you should take the challenge and try your hand at a tango or two and visit one of the cities fine steakhouses for a delicious Argentine barbecue with some of the best beef in the world.

Buenos Aires’s golden age was between 1880 and 1920. At that point in time Argentina was one of the 10 most prosperous countries in the world. Many (South) Europeans made their way to Buenos Aires hoping for a better existence. Their South European heritage and the atmosphere of their birthplace can still be found in the areas they settled in upon arrival. The old working-class area of La Boca, where most inhabitants have Italian roots, still breathes the exuberant South Italian culture. When you walk through the idyllic small lanes, you will believe you are in Naples.

Condor Travel, our DMC in Argentina will prepare a tailor-made program fro your next event or incentive.
Maybe you can include a horseback ride just like the Gauchos?

Ljubljana in your pocket.
Scroll to top